UPSC CDS is one of the most renowned exam as every year lakhs of student give this examination. Most of the candidates think how & what to prepare well the answer is simple firstly check the syllabus & exam pattern which section weighs the most marks prepare them. Below we have given you CDS GK Previous Papers so that you will get an idea about the level of the question paper & prepare accordingly. CDS GK preparation is a huge hurdle in front of most of the candidates well just you have remain in touch with latest news national and international. CDS general knowledge previous papers will also give you the hints for the topics which you can prepare from history, geography, civics & most importantly the dates.

Question1. Lack of atmosphere around the Moon is due to

Question2. Which one among the following correctly defines a unit magnetic pole are SI units?

Is the pole which when placed in air at a distance of?

Question3. Which organelle in the cell, other than nucleus, contains DNA?

Question4. By what mechanism does scent spared all over the room if the lid is opened?

In the above Chemical Reaction

Question6. Motion of an oscillating liquid column in U-Tube is.

Question7. Indian Navy commissioned its first advanced light helicopter squadron at Kochi in November 2013. What is the name of the helicopter?

Question8. On November 8 2013 many people died in Philippines after super typhoon ravaged the country. What was the name of the typhoon?

Some Useful Tips for CDS Exam Preparation Must READ NOW

Union Public Service Commission conducts an entrance exam known as Common Defence Services for the admission in IMA/AFA/NA. Every year this exam is conducted twice year in which lakhs of aspirants apply for this year every year. Aspirants search for CDS Model papers in order to practice them and qualify exam. Well you are on… The combined Defence Services Examination basically called as CDS Exam is being conducted by Union Public Service Commission (UPSC) twice every year in the nation so as to select the candidates for defence services. To work for nation army/ navy, it is the dream for many and so they prepare really hard for the examinations….

UPSC NDA NA Preparation Tips Union Public Service Commission is the organization which organizes National Defense Academy and Naval Academy examination. NDA NA is a two tier system like if you have cleared one then only you can give another. Written exam is the first step the followed by the SSB interview and after passing… 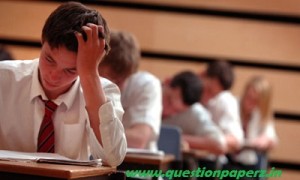 National Defence Academy (NDA) and Naval Academy (NA) which recruitment talented candidates every year for the Defence jobs in India. UPSC conducts an entrance exam twice a year and based on the performance in test candidates are shortlisted for the SSB interview. Well in this post we are providing you NDA NA Sample papers with…

UPSC Combined Medical Services (CMS) exam is being conducted in 2 parts- Paper I & II. UPSC CMS Paper II Previous Year Question Papers for exam preparation is being provided for all the applicants who apply for the exam. This exam is the highly important competitive paper for which it is important to study well….